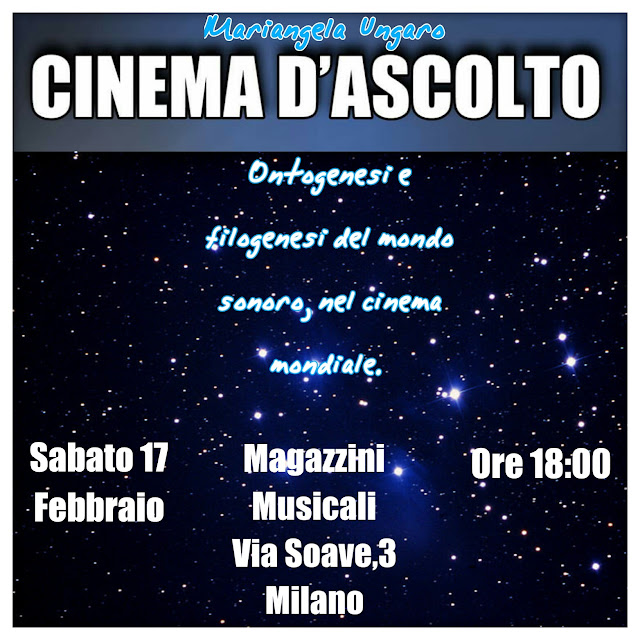 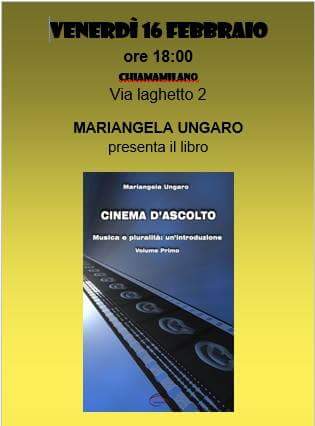 Per info dettagliate scrivere a mariangelaungaro@gmail.com

PER I NUOVI TALENTI

YOU DON’T KNOW ME https://www.youtube.com/watch?v=Ov_DNtzAFFo

WHEN I FALL IN LOVE

SHALL I COMPARE THEE https://www.youtube.com/watch?v=qjzyXRgAFWw

I’VE GOT YOU UNDER MY SKIN https://www.youtube.com/watch?v=AIG-Lmboelk

SOUNDTRACK FOR THE OCEAN https://www.youtube.com/watch?v=Mzpzh2kzQd0

– Productions of any tipes of videos with high
definition camera
– Film editor, technical shooting, script, camera
operator,
– Post production audio and video.
RELATED SERVICES TO ARTISTIC PRODUCTION
VIDEO:
– DVD color cover  with custom graphics.
– Posters, postcards, business cards.​
– Distribution on web channels aimed
see here
CONCERTS, MUSIC FOR  EVENTS.
Music of any type for parties, concerts, events,
weddings.
We have two audio systems complete with lighting
effects and smoke machine: real great live show .
Our musics are not the usual bases, but they are very
original music recorded live and played
by the best bands in jazz, blues, rock, pop-Being
artistic producers We have several musicians
who work with us-then the result it’s a sound of
recording studio, as you can hear.
It’possible to request music on commission.

In addition, each song has a music video, featuring stunning images, on
request,

can be projected on big-screen and create a great
setting.
​
For weddings we offer a complete service:
music for ceremony and music for entertainment at any
time.

We work all over Italy and abroad.

• teaching piano
• teaching music theory, harmony, music history,
aesthetics, composition, orchestration.
• teaching of multimedia technologies for the
production of music
• courses of battery
• courses of sound engineer
•  teaching music to children
​
MARIANGELA UNGARO
Mariangela Ungaro was born in 1975 at Milan, where she
is living now.She is an eclectic artist: she studied piano with Paola Girardi
at International High School of Music in Milan; after her High Graduation,
whose she has achieved with brilliant results, she studied with L. Berman and
B. Petrushanskij.She was a concert artist: she played in Italy and abroad (also
U.S.A.) like soloist, along with different ensembles and orchestra as well.Since
her infancy, she won several important national and international Awards.She is
studying Composition with Sandro Gorli and Sonia Bo at the Conservatorio of
Milan.She has got specialized in music composing for films: she won III
Nascimbene Award with the music for the film “The Messiah” of Roberto
Rossellini. She worked for film makers. Her music has been listened at Verdi’
concert hall at the Conservatorio of Milan and in Puccini hall, and in many
theatres in Italy.In the meanwhile, she won the Shakespeare Award of Literature
for poems, novels, critic essays, theatrical screenplays.She worked as Film
Maker’ Assistant, Audio-Video Technician, Critic and Consultant on Music
applications (Cinecittà- Rome and also in Assisi with Franco Zeffirelli) and
Music Arranger for new singers at the national celebration called “Sanremo
Giovani” on 1996.Since she was 19 years old she is appointed for human
teaching at the National School.

Emanuele Contreras is an eclectic artist, he
experienced various fields of world music and technology.

He graduated brilliantly in Milan as a sound technician.

He played with various bands and also works as a sound engineer for Jo Ring,
Biagio Antonacci, Dik Dik, Rossovivo.

Produced the first demo tape of the Latin Quarter.

The turning point came in 1993 with the album “Before Now” produced
by the WEA, to whom he collaborated on arrangements with Candelo Cabesas
(Litfiba percussionist).

The group will play two dates as a special guest of the tour “The shots
above” Vasco Rossi and participate Festivalbar.

In 1997 he composes, produces and sells 10 original pieces of Baroque music
commissioned by Theleme Multimedia.

In 1999 he studied computer graphics and html, he graduated as 3D with NewTek.

Produce a variety of work in computer graphics in architecture, design and TV
commercials.

In 2009 began a strong partnership with Mariangela Ungaro, which leads him to
compose music for several Italian films; Artistic Studios Stardust opened in
2010, which deals with audio-video production.

stardustartisticstudios
Create a free website or blog at WordPress.com.